We’re delighted to welcome Phil McSweeney MA MBA, children’s author of ‘The Emperor’s New Cheese’ (‘The Empress’s New Dress’ in print) to our blog. He shares his truly fascinating take on getting the most out of your toddler’s brain. For more guest blogs, check out the Readingmate website where you can find out about motivation and inspiring young writers

If you’re the parent of a toddler, you hold in your hands a gift that most parents of a generation or two ago never knew about. What is it? It’s knowing how your toddler’s brain works and the fact that it acts effectively as a hoover. It hoovers up everything, whether you want the child to or not. 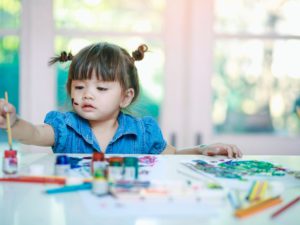 Any parent who doubts the sophistication of this human ‘downloading system’ will remember this – the first time your child blurted out a swear word he or she picked up from you – usually in exactly the right context, with the right timing and the correct pronunciation.

Neurology explains this downloading phenomenon with brain rhythms and the changes to these at different stages of development. 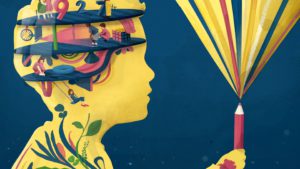 OK – you don’t have to remember that – but the years 0-7 are often referred to as the ‘programming years’. During these years, our children will spend most of their time in Theta and Alpha brainwave cycles. Theta and Alpha are states of consciousness in which we have less critical thinking ability but are highly receptive to influences and suggestions from others. This ‘brain state’ is the same as that when an adult is in hypnosis or meditation. Imagine your waking child in a permanent state of hypnosis, being programmed by the environment, open to all suggestion, and in a super learning state. This state enables children’s brains to absorb the millions of necessary bits of information they must take in during their formative years. Evolution has endowed the brains of babies and young children with the ability to download an unimaginable number of behaviours and beliefs very quickly.

So, here’s the obvious advantage parents and teachers have with young children. Providing you can get the motivation right, their brains are like a sponge. So much goes into their subconscious, even if not for immediate conscious recall. If you’d like your child to read well, play a musical instrument, speak two languages, be kind, or whatever, now is the time to start. Beware of undue pressure on a child, though – that’s an obvious warning.

But all this good news comes with a downside. For the first six years of life, children’s brains primarily function below a creative consciousness level. They do not have the capacity to evaluate information that they are being exposed to. They can’t judge what is truth and what is not. At that age, our ingeniously designed ‘behaviour-download’ brains take in every negative critique, everything a hypercritical parent might say, at face value. You can’t goad a small child to try harder like a sports coach. Sarcasm is completely lost on them too.

This is the time to install positive messages, as your toddler will accept them. Even if they are well-intentioned, barbed comments like ‘Your sister is smarter than you’, ‘You are so clumsy’, ‘You’re just no good at art’, can just set in place limiting beliefs for them for later life. One of the biggest tools that you can give a small child for their self-esteem as they grow is a positive, powerful and healthy belief system. That’s the gift you’ve got. 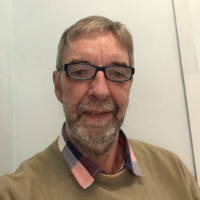